How Can Cross Platfo...

At a time when iPhone was launched, the smartphone consumers were craving for apps and developers had to think of developing apps only for iPhone. Their job was easy as they had to just comprehend the concept of the app, understand its logic, and write a code for the app. They never had to think about the compatibility with other platforms or worry about cross-platform mobile app development.

As years passed by, the success of the Android-based smartphones changed the way in which things were worked out earlier. The renaissance of Symbian-based and Windows Mobile devices further made things worse for the developers. This is where cross platform technologies stepped in. App developers who wanted to reach out to all kinds of smartphone users had to write various codes for Android, iOS, Blackberry, Windows Mobile, and Symbian.

Owing to the increasing popularity of mobile apps at present, cross-platform app development is a technology with a great future potential.
Cross Platform Technology: An Overview

The concept of cross-platform technology is as simple as its name suggests- the mobile apps work on different platforms or operating system. By making use of cross-platform technologies, mobile application developers can write just one code for running through various mobile operating systems. This gradually increased the subscriber number for mobile apps and is advantageous to the service provider.

The developers can use cross mobile technologies such as Sencha Touch and Titanium, and PhoneGap to develop applications for Windows, Android, iOS, and Blackberry.

Besides improving the user base, cross platform technology also quickens the process of mobile apps development, thanks to the following benefits that this technology offers. 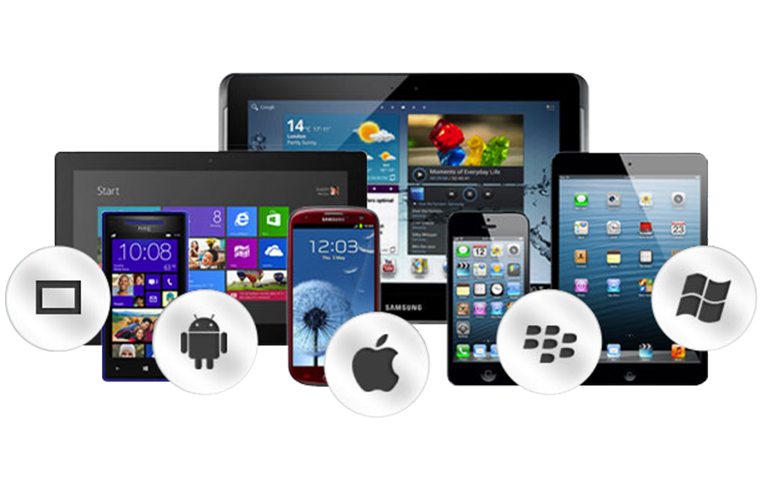 Resource and Time Efficient: This technology saves the time needed to develop the apps because of the fact that no special syntax is needed for a particular platform- a general syntax works well for all. Due to the fact that just one standard is needed, it is not necessary to buy licenses or any other resources for developing apps specific to platforms. Thus, cross technology development is resource as well as time efficient.

Less Coding: It is not required to format the code separately every time for making use of a different platform. Single standard syntax is used for app development and the remaining is managed at the hardware level of individual devices. Developers need not use code conversion to go with a specific platform.

Fewer Developers Needed: One thing that can be compromised upon is skilled workers since the knowledge about several platform technologies is not needed. The coders can focus chiefly on the functionality since greatly conceptual languages like C++ are not needed and can even develop apps that need previous experience.

Integration of Native Features: Cross platform applications can be incorporated with the device’s native features, thus developing a more powerful application than earlier. It has the capability to posses its own logic, while also interacting with few of the key functionalities of various devices. This helps to simulate few exciting features in an app and makes it more engaging.

Due to the way in which, cross platform technologies quicken the process of mobile app development, it is evolving quickly at an unbelievable pace and it could most likely wipe out the native apps concept. This is mainly due to the fact that these applications don’t have any restrictions in terms of user engagement and usability, while possessing the efficiency of native apps. And, I wouldn’t be really surprised to see cross-platform technologies being used pre-dominantly by all the apps developers in the coming years, over the native app development platforms.